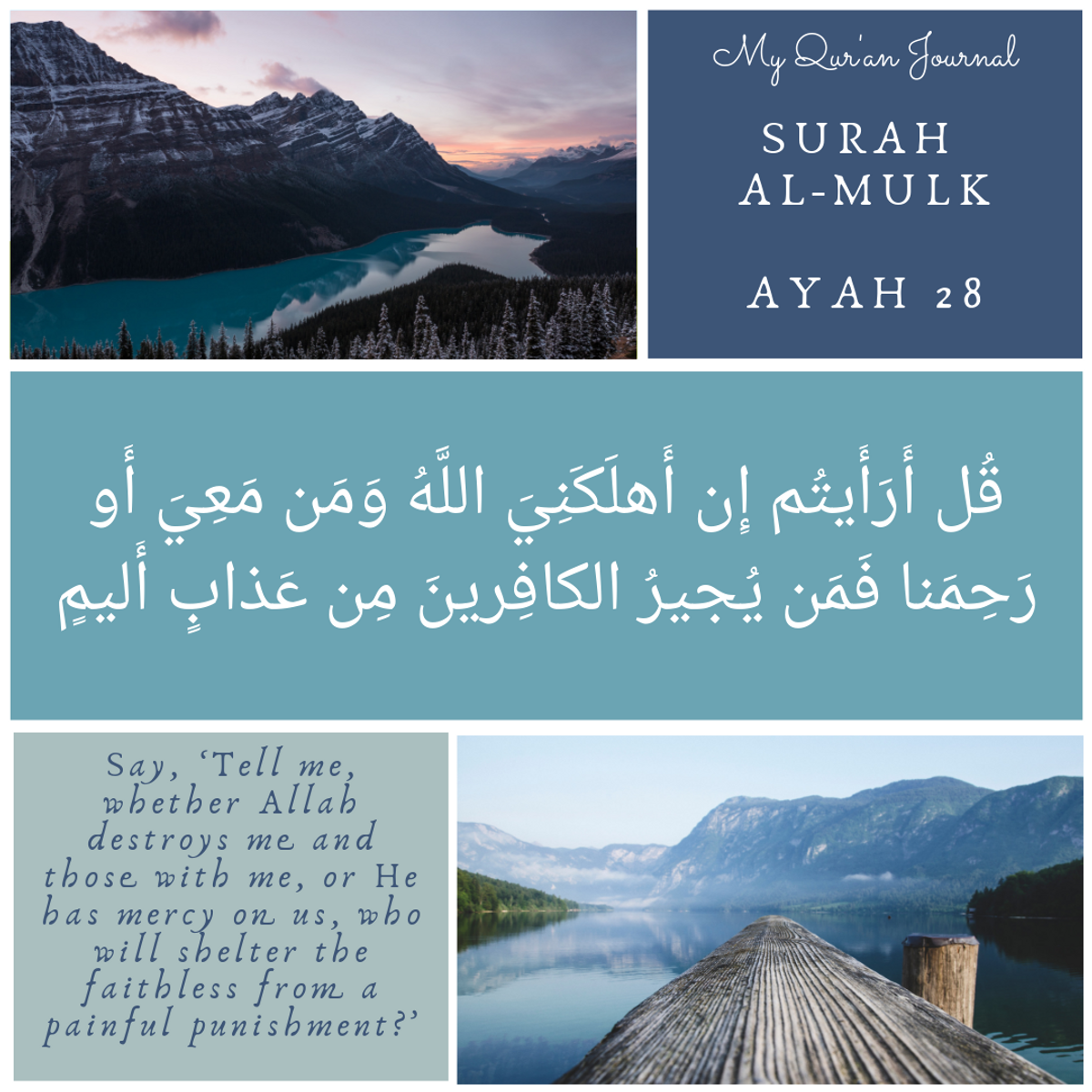 1. Can you see the mercy of Allah SWT? Even after their denial and mockery, He still asks the Prophet (ﷺ) to warn them.
2. If Prophet (ﷺ) were to die, who would save them?
3. Is there anyone that can help us on the Day of Judgement?
4. Death is sure to come, are we prepared?

Surely Allah does not do injustice to the weight of an atom, and if it is a good deed He multiplies it and gives from Himself a great reward.
[4:40]

It was narrated from Abu Hurayrah (may Allah be pleased with him) that the Prophet (ﷺ) said: “Two words which are light on the tongue but will weigh heavily in the Balance and are beloved to the Most Merciful: Subhaan Allah il-‘Azeem, Subhaan Allahi wa bi Hamdihi (Glory be to Allah the Almighty, Glory and praise be to Allah.” Al-Bukhaari (6406) and Muslim (2694).

It was narrated from Juwayriyyah that the Prophet (ﷺ) left her house one morning when he prayed Fajr, and she was in her prayer-place, then he came back after the forenoon had come, and she was still sitting there. He said: “Are you still as you were when I left you?” She said: Yes. The Prophet (blessings and peace of Allah be upon him) said: “After I left you I said four words three times, which if they were weighed against what you have said today, they would outweigh it: Subhaan Allah wa bi hamdih, ‘adada khalqihi, wa ridaa nafsihi, wazinata ‘arshihi, wa midaada kalimaatihi (Glory and praise be to Allah, as much as the number of His creation, as much as pleases Him, as much as the weight of His Throne and as much as the ink of His words).” Narrated by Muslim, 2726.