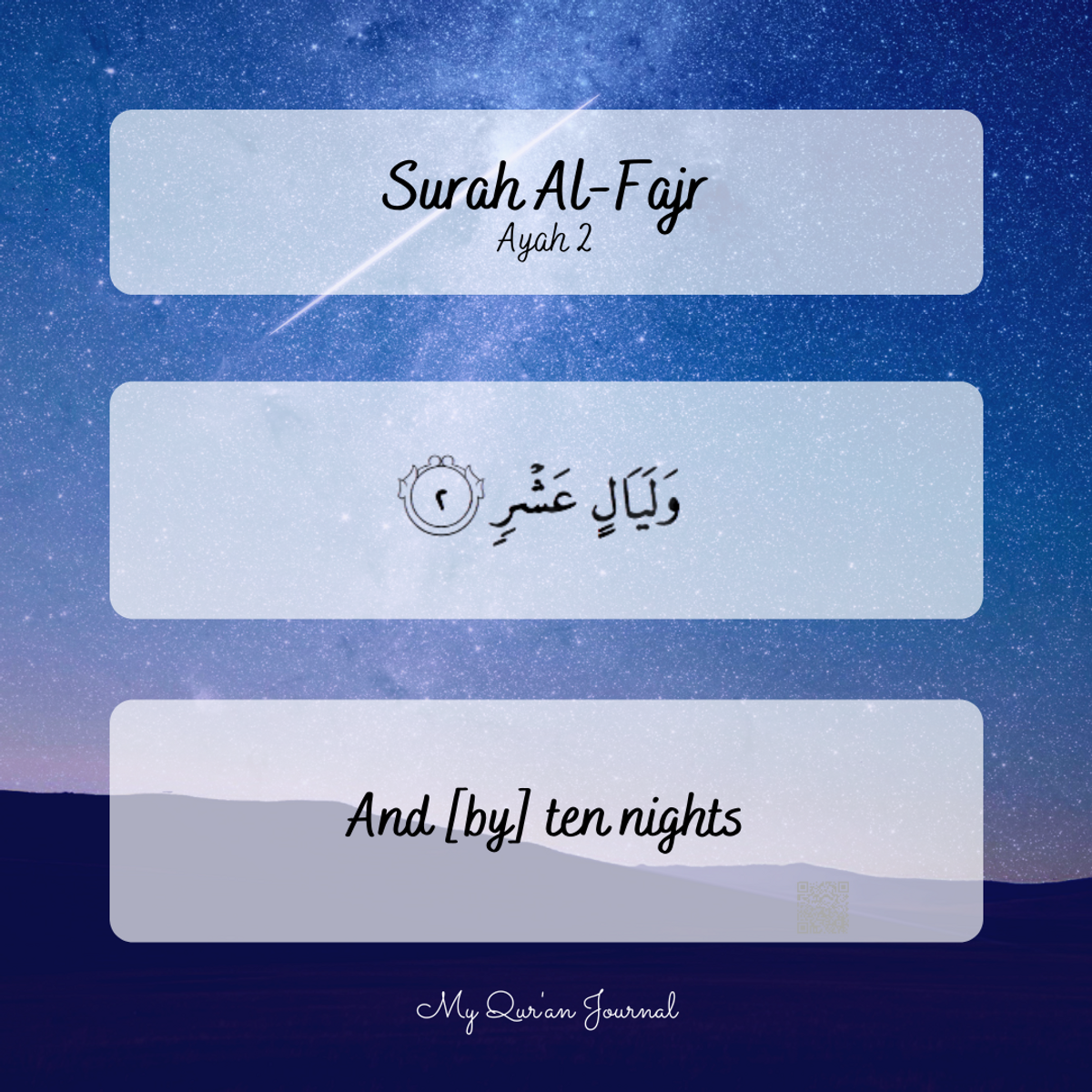 Which 10 nights are mentioned in this ayah?
Why is an oath taken by these 10 nights?

From Tafsir Ibn Kathir:
It has been reported from Masruq and Muhammad bin Ka`b that Al-Fajr refers to the day of Sacrifice (An-Nahr) in particular, and it is the last of the ten nights. `The ten nights' refers to the (first) ten days of Dhul-Hijjah. This was said by Ibn `Abbas, Ibn Zubayr, Mujahid and others among the Salaf and the latter generations. It has been confirmed in Sahih Al-Bukhari from Ibn `Abbas that the Prophet said,
“There are no days in which righteous deeds are more beloved to Allah than these days.” meaning the ten days of Dhul-Hijjah. They said, "Not even fighting Jihad in the way of Allah'' He replied, “Not even Jihad in the way of Allah; except for a man who goes out (for Jihad) with his self and his wealth, and he does not return with any of that.”.